The coming of a new year is often accompanied by a great deal of customs and superstition. Even though in different cultures people welcome a new year differently, celebrations are almost always meant to bring more happiness, prosperity, love and good luck in the coming year. With New Year’s upon us, here’s a look at some most unusual good luck rituals from around the world.

Chile: Welcoming the dead to the New Year

There’s a recurring theme of visiting graveyards on major holidays in many cultures. But Chile is the only country that took this tradition on a whole new level. Chilean families do not only visit cemeteries for a New Year’s Eve mass, but set up chairs next to the gravesides of their deceased relatives and wait with the dead for the new year to come.

Austria: Waltzing into the New Year
_

Once the church bells strike midnight in Austria all radio and TV stations start playing “The Blue Danube” by Johann Strauss II. Austrians at parties, in their homes, and on the streets begin waltzing together welcoming the new year with a collective dance.

The Philippines: Circles make the world go round

Filipinos know that circles make the world go round and that’s why on New Year they keep everything round, from wearing outfits with circular patterns and polka dots to eating round food and fruit. And why shouldn’t they? Especially when circles representing the roundness of coins are believed to bring good fortune and prosperity to the household. 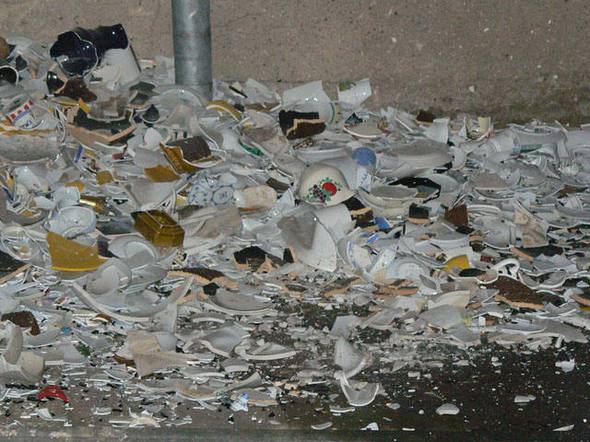 Denmark: Smash a plate to show your friendship

Dropping and breaking a dish is considered a bad luck in many cultures, but if you brake that same dish in Denmark on New Year, it’ll have a completely opposite effect. Throughout the year, Danes save their old dishes only to smash them at the front door of their neighbors and friends on New Years. Loud and destructive way of welcoming the New Year by breaking plates symbolizes good luck. In a kind of neighborhood popularity contest, the family with the most broken china piled on their doorstep can boast having the most friends.

Central and South America: What’s the color of your underwear?

The color of your underwear should never be taken lightly; especially on New Year’s Eve. In many Central and South American countries, your luck in the new year depends on the color of underwear you’re wearing at the stroke of midnight. For those who are seeking luck in their love life, Mexicans suggest wearing red underwear. Bright yellow undies on the other hand are supposed to increase your wealth and fortune. Some people say that it brings even more luck if the underwear is received as a New Year gift.

Spain: Counting down the seconds

In Spain, people welcome the New Year by eating 12 grapes. Revelers gather in major squares and once they start countdown the last 12 seconds of the year they gobble one grape per second. If all 12 grapes are eaten by the time the clock stops chiming each month of the New Year will bring them good luck.

Latin America: Hungry for an adventure

In Colombia, Mexico, and other Latin American countries on New Year one can see a hilarious scene of random people dragging suitcases around the block when the clock strikes midnight. This tradition is popular with lovers, newlyweds and families who believe that this custom will help them to travel and have adventures in the following year. Fortunately, the suitcases can be empty and you can get away with racing around the block with light luggage in tow.
_

New Year in Thailand occurs during the hottest season of the year and people celebrate it by splashing water at each other. This custom originates from the tradition of a cleansing ritual when fragrant water is poured on Buddha images and then on family members to help bring good luck.

The Chinese have a unique way of celebrating New Year, where every front door of a house is painted in red which symbolizes happiness and good fortune. They also hide all the knives for the day so that no one can cut themselves, because that may actually cut the entire family good luck for the coming year.
_ 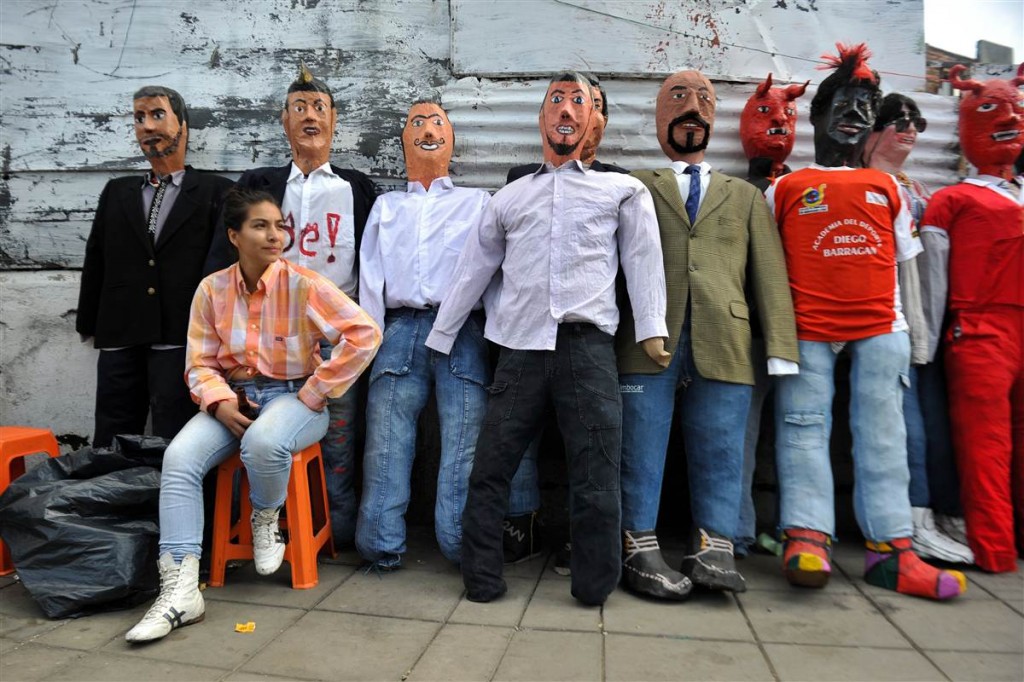 Ecuador: Burning away the past
_
People in Ecuador enter the New Year by burning scarecrows outside their homes, a ritual believed to scare away bad luck. The tradition of burning newspaper-stuffed-scarecrow is said to destroy all the bad things of the past year and to pave the way for nothing but good luck. However, it has been more and more common to burn effigies, often politicians, from the previous year. Fidel Castro has been used to burn away plenty of bad luck.
_
Now that you are aware of some interesting New Year’s traditions in different countries, go ahead and order a New Year gift overseas  for your family members, friends, or business associates.
Share on Facebook Share
Share on TwitterTweet
Share on Pinterest Share
Share on LinkedIn Share
Share on Digg Share