Chinese New Year also known as Lunar New Year, is one of the most significant holidays in China as well as Hong Kong, Indonesia, Macau, Malaysia, Philippines, Singapore, Taiwan, and Thailand that occurs between January and February (this year falls on January 31st). The festivities last for over two weeks and are accompanied by numerous interesting traditions and superstitions. Let’s get familiar with some of them. 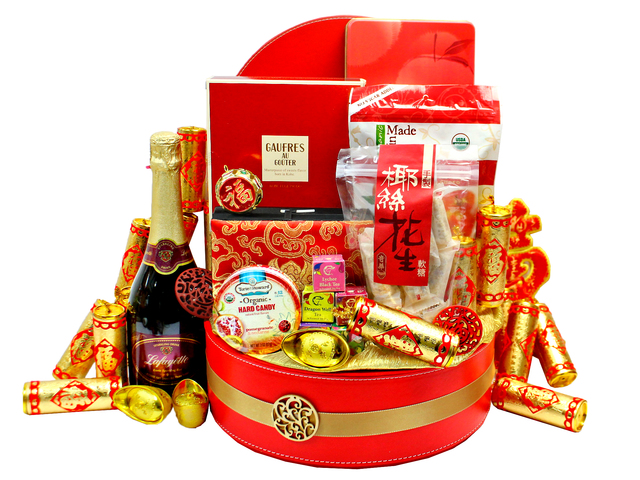 Preparations for Lunar New Year begin about a week in advance. People start making festive food in good time, because traditionally, it’s not allowed to cook during the first five days of the New Year and all sharp utensils like knives or scissors are put away as they can cut away good luck. A week prior to the celebration is also a time to buy  gifts for Chinese New Year and prepare decorations. But the most important step in getting ready for New Year celebrations is cleaning the house that is believed to sweep away bad luck.

After the cleaning, people start decorating the house to welcome the New Year. Most of the decorations are of red color symbolizing good fortune in Chinese culture. The most popular New Year decorations include lantern, upside down fu, dui lian, number “8” which rhymes with the word ‘wealth’ and brings good luck. Other traditions include placing flowers, symbol of rebirth and new growth, and mandarins, fruits of happiness, all around the house. 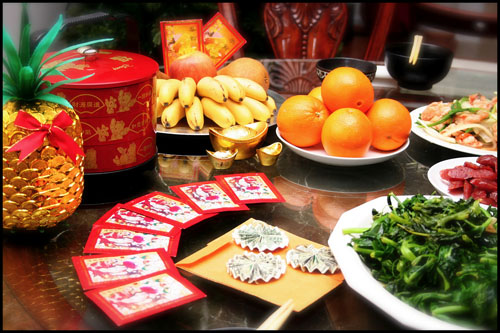 On New Year’s Eve, Chinese families traditionally gather for a festive meal and stay up late in order to welcome the New Year. Right at midnight people launch loud, banging fireworks to celebrate the coming of the New Year and scare away the evil spirits.

Many of the foods served during Chinese New Year have symbolic meaning attached to them. For example, oranges and melons are popular because their gold color suggests wealth. Dumplings resemble ancient gold and silver ingots and serve as a symbol of riches. Hard-boiled eggs, fish and chicken are all associated with prosperity. Long noodles represent longevity, and the Chinese eat them whole, as cutting them up might lead to a short life. Since red is also so much associated with the New Year, red foods and fruit often appear on festive tables during this time of year.

The first day of the New Year is generally a quiet day in China. The cooking and cleaning have already been done, and most people stay at home or visit friends and relatives. When out visiting, many Chinese bring the hosts small Lunar New Year gifts, like sweets, flowers and red envelopes. 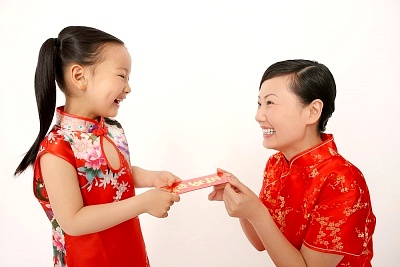 Since Chinese New Year is a popular time for gift giving, another common tradition is to give special red envelopes with “lucky money.” Usually such gifts are given by adults, especially married couples, to young children and single people to bring good luck, health, and longevity.

The money given in an envelope can be a token amount, such as a few dollars, or a more substantial gift, and it has symbolic as well as monetary value. For example, the amount should be an even number, and the numbers 8 and 88 are considered especially lucky because the word for “eight” in Chinese sounds like the word “prosperity”.

Send Lunar New Year gifts all over the world to everyone, from family members to business associates. Check out the newest gift catalog at  GiftBasketOverseas.com and wish someone special a New Year full of fun, joy, and prosperity!