When you think of cakes and pastries you probably get hungry.  Let’s see how you feel after reading about these “unlucky 9”.

Please use the HTML code below to embed this graphic:

Please use the above code unaltered or include a citation of this site as the original source.

1 A Birthday Surprise to Die For

Birthday cakes are a great way to celebrate another sweet year of your life. Unless that cake comes with an unexpectedly dangerous surprise. Cakes purchased at grocery stores around the globe have contained presents that did more than just surprise. From razor blades found in Australia in 2006, a dead rat found inside a cake in New York in 2016, to cakes that were already snacked on by rodents in Cardiff in 2008, birthday cakes can be a hazardous gift.

Fruitcake is the butt of many jokes. Is it the icky sweet candied fruits, or that it’s so dense that you could use it as a substitute for a dumbbell? Yes! These cakes are so feared that it even has its own special day. In Manitou, CO, in January is Fruitcake Toss Day. People come from far and wide to hurl, shoot, and catapult their unwanted cakes into oblivion.

Meat pies can be tasty unless the meat is a mystery. In 2013, in Europe, after many people complained and fell ill, pies were found to be filled with horse meat and there was a massive recall. That wasn’t the first time meat pies were filled with unwanted meat. In 1718, a butcher sold ‘people meat’ as venison to an inn who fed their guests with ‘meat’ filled pasties. This is also rumored to be the inspiration for the famous demon barber, Sweeny Todd.

A mostly Protestant tradition that has pretty much ‘died’ out is the giving of death cakes. Receiving one of these small cakes wrapped in paper decorated in skulls used to let you know that someone had passed away. Mourners could sob while snacking on these morbid gifts.

5 Laced for the Holidays

Traditional holiday cakes can be a fun & tasty way to celebrate, but they might need to take a drug test first. In 2015, in Orange County, CA, several people across the county, including children, were sent to the ER after eating their Three Kings Day cakes. The cakes had more than a baby Jesus inside. They were laced with a synthetic drug that turned the celebration into a drug-fueled nightmare.

6 Poison in the Pastries

Frosting seems to be a popular place to hide poison. In 2008, in Baghdad, several people became ill, and 4 people died after eating cake with thallium hiding in the sugary frosting. In 2016, in Pakistan numerous people were poisoned and more than 50% died because pesticide had gotten into the sugar and was baked and frosted onto cakes and pastries from a popular bakery. Probably the most famous poisoning by cake was in Russia in 1916. The notorious Rasputin ate cakes laced with cyanide, and when that didn’t kill him he was clubbed, shot, and thrown into the river.

7 A ‘Surprise’ in the Pot Pies

Pot pies are tasty concoctions of meat, veggies, and gravy baked inside of a flaky pie crust. No one expects to find an added ingredient of poo. In 2007, across the US there was a massive recall after many of the pies were found to contain rat feces.

Tea cakes go perfectly with a nice cup of tea, unless the baker decided to sweeten them with the fat of their neighbors. Leonarda Ciancuilli did just that in 1939 Italy and shared them with her friends, family, and neighbors to hide the evidence of her kills. Proving that not every welcome basket is a welcome gift.

Even prisoners aren’t safe from the dangers of devilish cakes. Inmates of a prison in Surrey are eating their cakes with caution. Serial murderer, Joanna Dennehy, who’s too dangerous to go to the prison salon, has been allowed to bake cakes all day.

If you still have a sweet tooth after reading this post, or know someone who may enjoy a treat, let us help you send cakes overseas for a special occasion or a healthier option like fruit baskets. 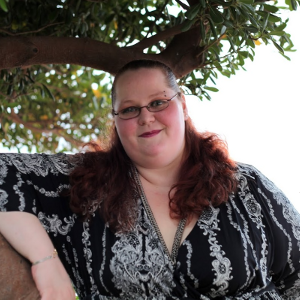 NinaCarmen started simply with GiftBasketsOverseas, writing product descriptions for the online catalog, but true to GBO form, she has worked her way through a number of departments. Now, she’s our Director of Marketing and Business Development, helping to bring you exclusive promotions, expert content, and keeping track of customer experiences.