St. Patrick’s Day is NOT About Irish Cocktails: Here are Some Anyway

I want to make it clear that St. Patrick’s Day in Ireland is NOT about drinking Irish cocktails half the night (the Irish do that other days of the year). And it’s certainly not about green beer – there is NO green beer in Ireland – and it would probably be considered an insult to great beer. 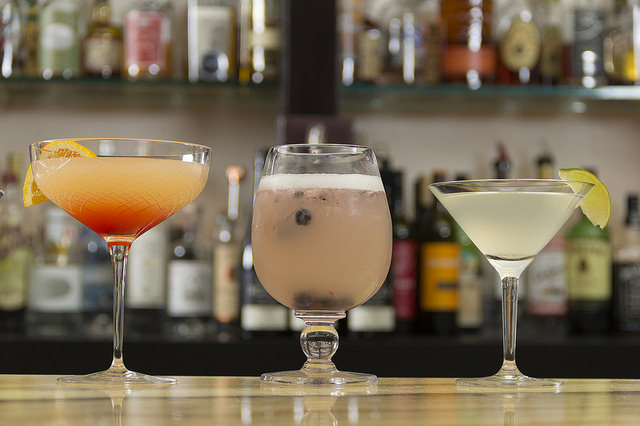 In Ireland, St. Patrick’s Day is more like Thanksgiving in the US. Families go to church together to celebrate the patron saint of Ireland (that’s Saint Patrick). Afterward, they often enjoy a big family meal and a day off to relax. There might be Irish cocktails, but that’s more about Irish people making a drink than it is about a holiday tradition.

That having been said, I know some people are preparing for their St. Patrick’s party by stocking up the liquor cabinet. So, I thought I’d share some of the authentic Irish cocktails and drinks I actually had while I was in Ireland during Holy Week once upon a time.

No, I am not talking about the gorgeous soccer players they do, in fact, have in Ireland. This deceptively simple Irish cocktail goes down surprisingly easy, then hits you hard if you’re not paying attention. Consider making these at home, so no one has to drive. 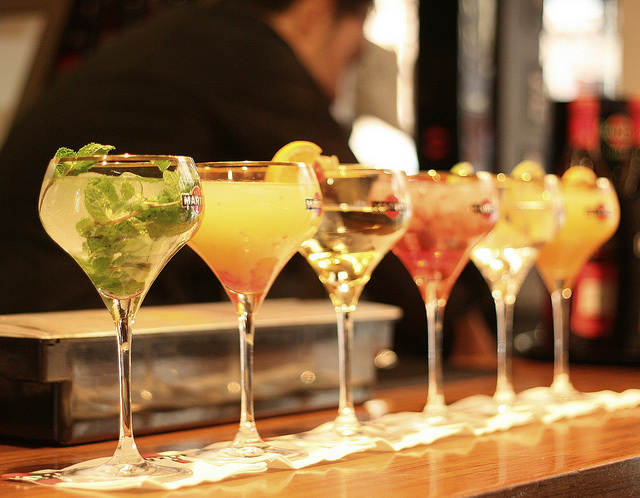 Despite Americans’ love for the ‘Black and Tan,’ it’s not really an Irish cocktail – being neither a cocktail, nor something Irish people drink. The name refers to a British force responsible for suppressing the movement for Irish independence. In other words, there are rough memories associated with the term. Irish people don’t drink it, and I recommend you don’t ask for one if you go to Ireland. Make, or order, a “Half and Half” instead:

Pour the Harp Lager into your pint glass first. Then carefully pour the Guinness Stout slowly down the side of the glass. The Guinness should layer itself atop the Harp. There you have a Half and Half – made of real Irish brands.

This is another of those drinks that people think is an Irish cocktail, but that no Irish person would ever order. Like ‘Black and Tan,’ ‘Irish Car Bomb’ is a phrase that’s weighed down with terrible – and violent – connotations.

That having been said, if you mix ½ ounce of Bailey’s Irish Cream with ½ ounce of Irish Whiskey (you know my favorite), and a ½ pint of Guinness, you will have created this ill-named abomination.

In drinking parlance, a ‘bomb’ is a beer that you’ve thrown a shot of something into, and that you drink as quickly as possible. Here’s the bomb-style drink I was served at an Irish pub (to take the edge off the Guinness because the bitterness will kill you if you’re not a hardcore Irishman).

Drop the shot into the half-pint. Drink as much of it in one go as you can. 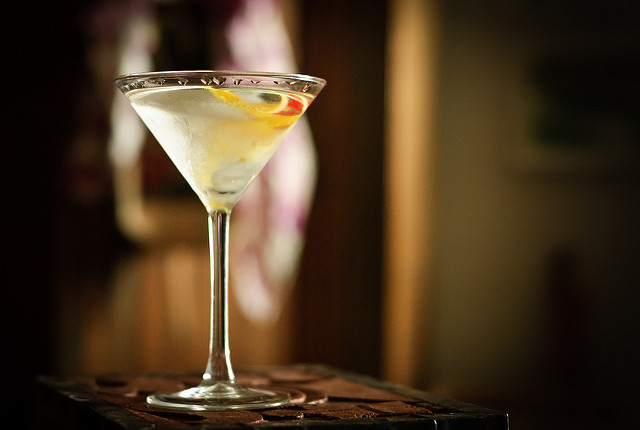 Don’t you mean pink lemonade? No, I do not. Now, let me tell you how I found this drink. Bono taught me. Sort of. When I stalked him.

You see, Bono has a house in a suburb of Dublin. First, you need to know that all the taxi drivers know exactly where Bono lives, and they’ll tell you, “take the Dart to the Killiney stop, walk up the hill until you see the big iron gates with the copper plates that have scribbles all over them. That’s Bono’s house.”

Since it was Easter week, my college friends and I just wanted to wish Bono a happy Easter. So, we slogged all the way up the hill in Killiney, and found Bono’s impressive gates. There was actually an intercom and a doorbell. One of us was getting brave, going for the doorbell, when Bono’s butler (I guess), yelled at us. “Could you please step away from the gate please!?” Dejected, we trundled down the hill. Not to be put off our goal of finding Bono, though, we decided to try to find him at his club in Dublin.

He wasn’t there. But I found this – my favorite of all the Irish cocktails:

1.5 ounces of Vodka (or Irish Whiskey)

6 ounces KT Red Lemonade – this is an Irish brand, I haven’t been able to find it in the States. Because of this, many folks will have to suffer with their favorite pink lemonade. I recommend one that has natural lemon flavor and isn’t too sweet.

This is another of those drinks that won’t hit you until you stand up, so be wary. To make sure your friends and family are also prepared for St. Patrick’s Day send them a gift basket with spirits to USA, UK & 200 countries. As always, we think sharing a great cocktail or two is a great idea. But what is also great is sharing these recipes with friends by clicking the buttons below.

Images: #1 by Didriks
#2 by Steven Ramirez
#3 by Don LaVange