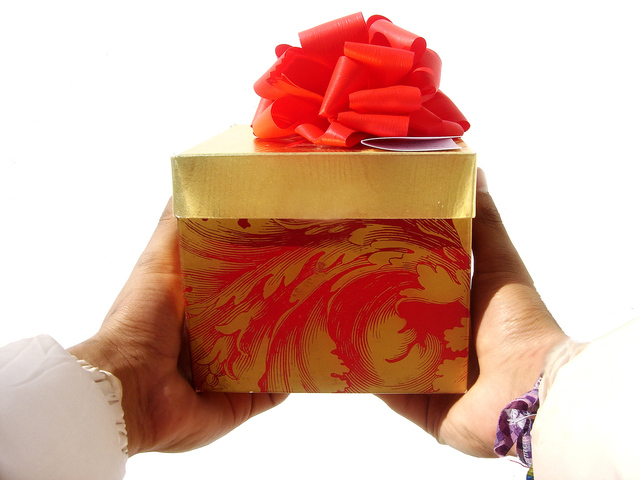 We work with a lot of different kinds of people here at GiftBasketsOverseas.com (GBO). But by and large, our favorites have to be romantics and geeks.

We know when we’re dealing with a ‘geek’ right away. They always know what they want, have specific instructions, and are easy to do business with. Their orders mostly consist of new technology or practical household items like a brand new model of a phone, a camera, iPad, Xbox, large TV with LCD screen, or even a washing machine.

Romantics are just as easy to spot, and the gifts are just as varied! Their gifts, from chocolates to flowers, to jewelry, all have sentimental value, even if it’s not easy for our team to spot right away.

Even though both geek and romantic orders are pretty straightforward, every once in a while we get quite unusual requests. Here are some of our most memorable examples:

Once we had a call from a customer who wanted to order a valet stand for trousers. A ‘geek’ or ‘romantic,’ it’s hard to say, but here’s her story. She was celebrating her 20th wedding anniversary with her husband and decided to give him a gift with a double meaning. As an office worker, her spouse has to wear suits to work every day. After so many years together she must have been a little tired of steaming those trousers for him, so she decided to give him a valet stand. With this new gift, he would not only remember where he left his trousers last night but also look neat every morning on his own. Was this smart woman giving a gift to her husband or herself? It’s tough to say.

Last summer we received a request to send a gift not in a regular wrapping paper, but in chintz. The customer explained that her son was celebrating his first wedding anniversary and in their culture the first anniversary is called the Chintz wedding. Given the name it was easy to understand why it’s considered good luck if the anniversary gift is wrapped in this specific fabric. We were more than happy to follow the tradition and helped the client get what she wanted.

Other ‘romantics’ have quite a sense of humor. Several months ago we had a special request to deliver a… hair tie. Yes, as simple as that. The customer admitted that he promised his girlfriend a hair tie because she was constantly losing them and asking him for help finding it. He was hoping that if he gave her a hair tie as a gift delivered to her office at work along with a bouquet of red roses she’d be more careful and wouldn’t lose it that quickly. Well, we hope he was right.

Chocolates, flowers, and more traditional gifts are all great! But there’s something to be said for a gift that is a little odd and deeply personal. It just reminds us that no matter how big or small a gift is, it’s the story and thought behind it that determines how truly unforgettable it is.

Now, You’re All Ready For Romance – What’s Next?