The Hanukkah menorah is a bit of a mystery to some, even though it’s instantly recognizable. You might not know what Hanukkah is all about, but a nine-branched candelabrum is something we are all familiar with. Known as a Menorah, the famous lamp stand among the most recognized symbols of the Jewish culture and an emblem of Israel. It is also an ancient symbol of peace, light, and the Jewish faith. It appears on mosaic floors of ancient synagogues in Israel. But why do some have 7 candles and others 9? Where did the menorah even come from? Is it important to know the difference? And finally, why should you care?

Let’s start with that last question. You likely know someone who celebrates Hanukkah. They aren’t going to quiz you on this, but knowing the symbolism of their holiday will help you become closer. It may seem like a small detail, but the menorah is a crucial part of the Jewish holiday. Understanding the history of the Menorah helps you understand why there are multiple days in Hanukkah. More days to celebrate means more days to get your Hanukkah gift to them. It will also will make your gift choice easier and more meaningful.

What is a Menorah?

A menorah is an ancient Hebrew lamp that has symbolized the light of God for millennia. It was originally described in the Bible as the golden lamp stand that Moses used in his sanctuary and then in the temple in Jerusalem. It had 7 branches (unlike the Hanukkah menorah that has 9) and used olive oil to light its lamps. These lights were meant to always burn. There is no biblical record of what happened to the original menorah. But today, menorahs come in many different sizes and can use oil, candles, or even electricity.

The History of the Menorah

Hanukkah celebrates a miracle recorded in the Bible after the Jews rebelled against foreign rule in 168-165 B.C. The Middle Eastern ruler attempted to suppress the Jewish people and their religion, and violate the Second Temple in Jerusalem. After their victory, the triumphant rebels had to rededicate their temple and keep the menorah burning during the restoration, but there was only enough oil to last one night. Regardless, the Temple was re-dedicated, and the miracle was that the oil in the menorah kept burning for eight days straight, just long enough for people to find more and maintain the fire.

Lighting a special, nine-branched candelabrum, the symbol of Hanukkah, is the main holiday ritual. A lot of people incorrectly refer to it as a menorah, but the correct name for it is Hanukkiah, also Chanukiah or Hanukkah menorah. The difference between the Hanukkiah and Menorah is not only in their meaning and use, but also in their appearance. A menorah, which has only seven candle holders, was the lamp used in the ancient holy temple in Jerusalem. A Hanukkiah, on the other hand, has nine branches with candlesticks — one for each eight night of Hanukkah and the ninth holder, called the shamash, is used to light the other candles on each evening of Hanukkah. The traditional Jewish Hanukkiah should have eight branches of the same height and the ninth branch is supposed to be elevated.

Jewish people around the world follow the ancient tradition and light Hanukkah menorahs during the holiday. But in Israel people have their own special tradition similar to opening ceremonies at the Olympics. Runners race a burning torch for 20 miles to Jerusalem, where the chief rabbi lights a giant menorah at the Western Wall. Now, other Jewish communities around the world have adopted this custom. Still, the world’s largest Hanukkiah is found not in Israel, but in the United States. A 32 feet high golden Hanukkah menorah is set up in Central Park in New York City every year since 1998.

Should I Send a Hanukkah Menorah as a Gift?

That’s a good question. The answer is: there’s not a single right answer. Many gifts contain a small Hanukkah menorah for decoration. Some people would love a beautiful, keepsake Hanukkiah to pass down for generations. Others consider it very personal and spiritual, and would prefer not to receive it as a gift. Our advice: Take this knowledge and run with it. Share your new knowledge with family and friends, and ask them what they’d like. Whether you send a Hanukkiah, or not, sending a gourmet kosher gift or something the family can share during or after their lighting ceremony is a great way to help make their holiday even more special.

Now you know the Hanukkah menorah’s real meaning, and you’re ready to celebrate one of the most popular Jewish holidays in the world. What’s next?


– Join your family and friends in honoring the ancient custom by sending them a traditional Hanukkah gift basket.
– Or keep reading Favorite Winter Holidays Recipes From Around the World
– Make sure to share the knowledge with the rest of the world by choosing one of the social media buttons below! 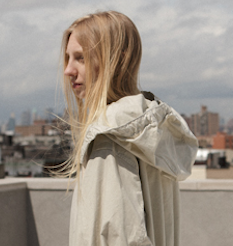