Throughout history and across cultures, women have faced countless challenges and inequalities. But there have always been those inspiring ladies who push society to move forward, think bigger and evolve. To celebrate International Women’s Day, annually observed on March 8th, we’d like to take a moment and tell the stories of 3 great women in history women whose bravery and dedication helped shape our world. The following ladies are wonderful examples of ceaseless curiosity, rare courage and progressive thinking. Thanks to each of them, women all over the world are able to live with more freedom and bigger dreams. 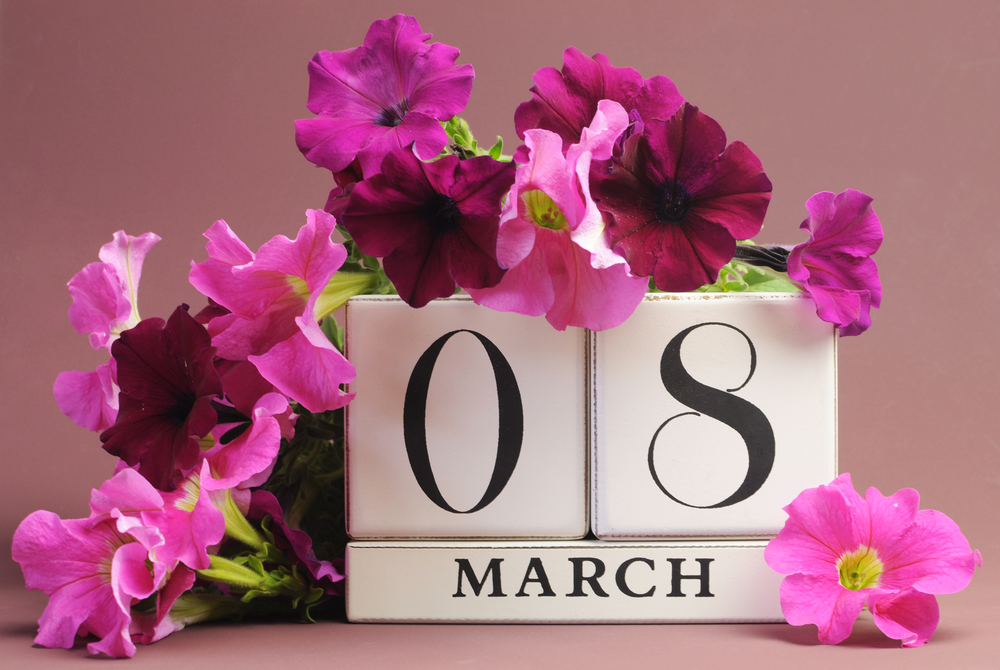 Her mark in history: Advocate of birth control and sex educator

Marie Stopes, a sex educator and an advocate of contraception, had a reputation for being the birth control guru in her time. She initially viewed birth control as a means to save women from the physical strain of giving birth to too many children. Though a controversial figure, especially for her views on eugenics, Stopes was by all means a key figure in giving women worldwide the opportunity for planned pregnancies.

Edinburgh-born Marie Stopes grew up in a wealthy, educated family. Her father was an architect; her mother was a scholar and advocate of women’s education. Despite her mother’s influence, it was Stopes’ first marriage that determined her future career. Her husband’s impotence and later annulment of the marriage led to her interest in sex education, marriage, childbirth and their role in society.

Stopes’ first book called Married Love (1918) was an instant success selling 2000 copies in just two weeks, despite being banned in several countries, including the US. It openly discussed the concepts of birth control and equality in marriage thus evoking violent opposition, especially from the church. Though written in a highly euphemistic manner without mentioning the word ‘sex’ directly, the book was often referred to as an early British Sex manual.

,In 1921, Stopes founded the first family planning clinic in the UK. It offered free services to married women and did research on contraception. In a short time, similar institutions were opened all around the country and by 1930, the Family Planning Association was formed. Stopes continued popularizing birth control for women throughout her life, though she spent the last twenty years mostly writing poetry.

Famous quote: “You can take no credit for beauty at sixteen. But if you are beautiful at sixty, it will be your soul’s own doing.”

A woman like Marie Stopes is free, self-confident and open-minded. She would appreciate a daring gift that will help to reveal her sexuality. One of the most common and affordable gifts on the market to do the trick is our old friend chocolate. A famous aphrodisiac, it will bring pleasure to all the senses. If she doesn’t have a sweet tooth, a sensuous spa gift basket is a great alternative to pamper the special lady in your life. 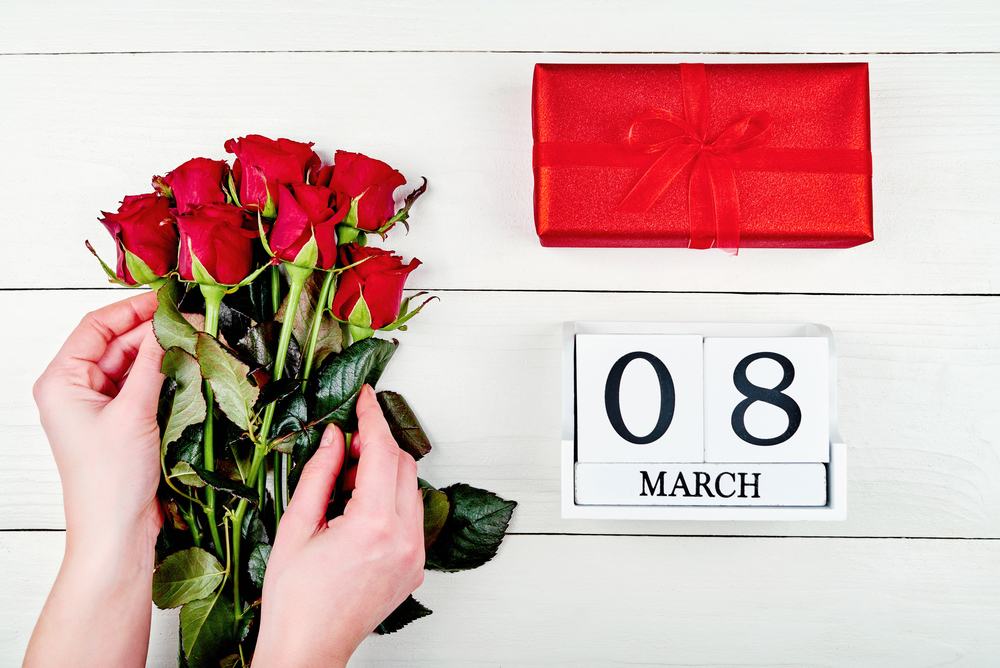 One of the most influential designers of all time, Coco Chanel did not only completely change the way women wear clothes, but also redesigned the way they think and are viewed by society. Back in the 1920s, women dressed conservatively and were thought of as inferior to men. But Coco empowered females all around the world with her designs and philosophy about striving for perfection. She became living proof that women can be independent, strong and fashionable at the same time.

Raised in an orphanage where the nuns taught her how to sew, Coco Chanel started out with nothing. She made her living as a hat designer during the rough war years. But in a short period of time this forward-thinking lady managed to radically change women’s perception of fashion of the 20th century.

Today, it might sound surreal, but there was an era in history when a woman wearing pants would shock and infuriate society. A true pioneer, Chanel wasn’t afraid to defy social norms and became the first designer to make trousers for women. She was also the first one to experiment with jersey. used at the time exclusively for men’s underwear. The complete opposite of the flashy and excessive women’s clothing of that time, the choice of material was also one of necessity: jersey was the only affordable and easy to find fabric during the war. Chanel used it to make her famous flowing trousers which allowed women to be comfortable and move more freely, thus providing a fashionable and practical alternative to everyday clothes.

In the era of bright kitschy colors Coco Chanel was a pioneer who reinvented the color black. At the time it was reserved for funerals and widows in mourning, she breathed new life into the flattering and dramatic shade. She was determined to dress all women in black and soon enough a wardrobe staple, the famous little black dress, was born. The minimalistic look of the dress was complemented with large pearls and glittering gemstones also introduced by Chanel.

But costume jewelry weren’t the only accessory the famous designer popularized. After she accidentally got sunburned on a cruise on the French Riviera, her peers back in Paris loved the dark glow and quickly followed the new trend. Just like that something that was for so long associated with the lower classes became a symbol of wealth and beauty.

A feminist like Coco Chanel is strong and tough. She doesn’t take no for an answer and keeps moving forward regardless of what others think about her. Free from stereotypes she would appreciate anything from a romantic bouquet for Women’s Day or a bold gift basket that includes beer or her favorite liquor. 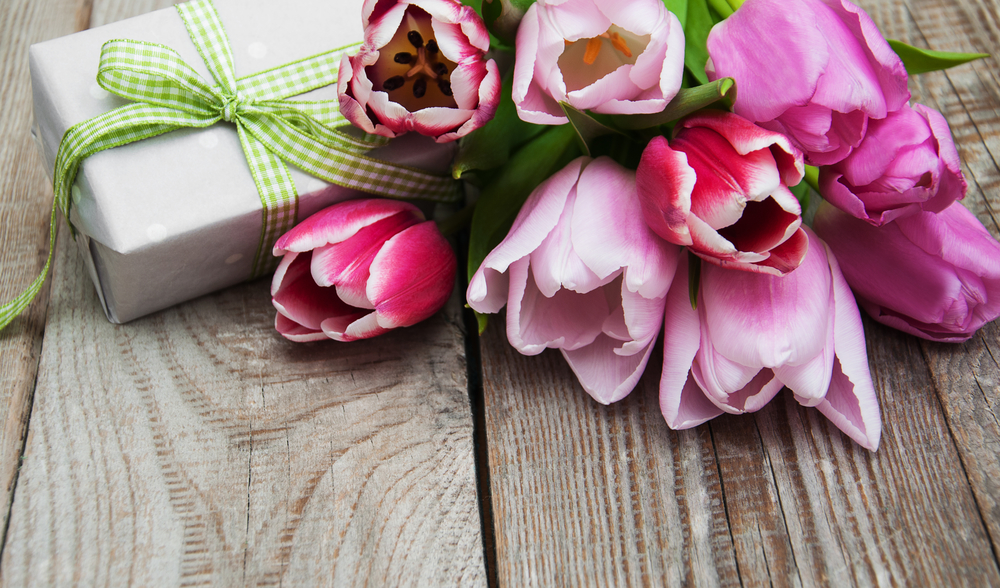 Did you know that computer programming, the industry that has transformed our lives and has been always dominated by men, was actually started by a woman? That’s pretty amazing, isn’t it! A British mathematician and computer engineer, Ada Lovelace is considered the first computer programmer to write a computer algorithm containing written instructions for a machine to follow.

Lovelace’s ideas about programming and computers were so far ahead of their time that it took almost a hundred years for technology to catch up. She foresaw the multi-purpose functionality of the modern computer. While her peers restricted machines only to numerical calculations, she predicted that one day anything—including music, text and images—could be translated into a digital form and manipulated with a computer.

The only legitimate child of famous English poet Lord Byron, Lovelace never knew her father who died when she was 8. Her mother left the abusive and womanizing poet after he announced his desire to live with a mistress and asked Lady Byron and his one month old daughter to leave his house.

A mathematical wizard herself, Lady Byron was afraid her daughter might inherit her father’s romantic ideals and emotional nature. To make sure Lovelace didn’t follow in his footsteps, she got young Ada engaged in studying logic and mathematics at the early age of 4. She showed progress quickly, and at the age of 12 she conceptualized a flying machine. At 17, she met a famous inventor and mathematician Charles Babbage who became her protégé. The rest is history.

Famous quote: “Religion to me is science, and science is religion.”

Guided by logic and rationalism in life, a woman like Ada Lovelace is all about practicality. A gift that caters to her pragmatic side, like a gourmet gift basket or a potted plant, will be the most welcome. To wake up her romantic nature, organize a lovely surprise with champagne and flowers. And even a down-to-earth woman won’t be able to resist your charm.

Although strong and independent, all remarkable women out there need a sign of appreciation every now and then. And what could be a better reason to do so than an International Women’s Day! Either you want to celebrate your caring mother, loving wife, or supportive friend make sure they know how much they mean to you. Even if you aren’t planning on a luxurious Women’s Day gift this year, a simple bouquet of flowers and chocolates can make a difference!

All Set for International Women’s Day?