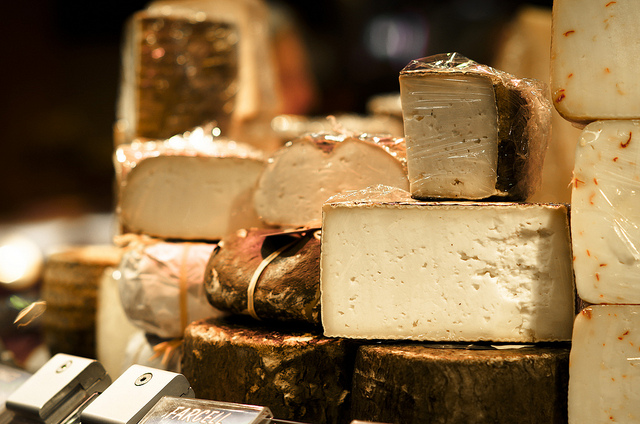 January, 20 is a National Cheese Lovers Day and a perfect excuse to talk about our favorite food, cheese!

There’s so much more to the amazing world of cheese than your typical grocery store can offer. There are a lot of great affordable cheeses out there, don’t get us wrong, but none of them made it to our list today. Thousands of artisan cheeses are produced through their own intricate and labor-intensive processes, creating complex varieties with unique flavors. Join us as we explore the most unusual (and expensive) cheeses around the world, because we’re going to give the term “indulgence” a whole new meaning!

Let’s start with a fancy cheese.  This delicacy, believe it or not, would be served to you as a dessert! The most expensive cheese in the UK, White Stilton Gold, is made by Clawson who is known as ‘The King” of the British cheeses. With only six creameries in the world, it’s no wonder the prices for this luxury “gold” is so high. Creamy and crumbly White Stilton Gold is made with real edible gold leaf and gold liqueur. It will cost you around $500 per pound and will certainly make an amazing gift for any cheese connoisseur you know. Rumor has it that celebrities and oil sheikhs are already in line for a sample of the golden cheese. 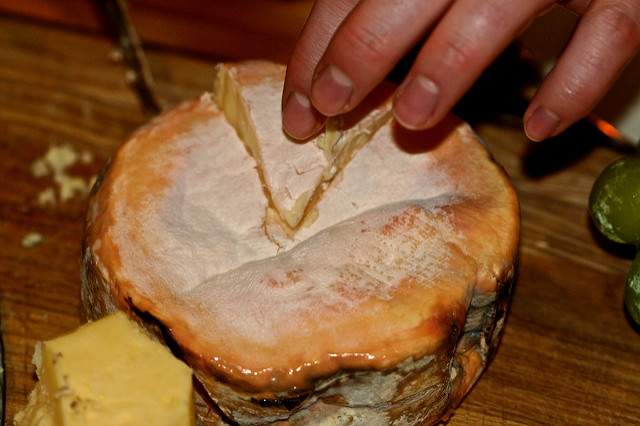 Another option for those who don’t mind spending a fortune on good cheese is Pule. Even more expensive than Stilton (around $600 per pound), Pule is made outside Belgrade, Serbia and only available on demand. So, even if you’re a millionaire you will still need to go to Serbia and wait for the cheese to be made, which might actually take a while. To make 1 kilogram of this cheese requires 25 liters of smoked donkey’s milk (or 3 gallons per pound) collected by hand from 100 donkeys who only produce 200 ml of milk per day, each!  But this cheese may just be well worth the wait, not only because of the unique crumbly taste, but also due to its health properties. Pule is low in fats, rich in proteins and vitamins (60 times more vitamin C than cow’s milk), and is known to strengthen the immune system.

Moose cheese? The main reason you probably have never heard of it is that there are only three moose on the planet capable of producing milk. Their names are Gullan, Haelga, and Juna and they all live in Bjursholm, Sweden.

The process of making moose cheese is long, expensive, and tricky. Moose only lactate 5 months a year and require the most tender handling in complete silence otherwise they can get unsettled and dry-up for good. Each moose can produce about 5 liters (1.3 gallons) of milk per day if you’re lucky, which means the farm can make no more than 300 kg (660 pounds) of cheese a year. So if you’re looking to surprise your friends and have $400 to spend on a pound of cheese, pick yourself up some of the world’s rarest moose cheese. Although, instead of actually giving them this cheese, you can always go the cheap route, and just say, “Did you know you could make cheese from Bullwinkle?”. 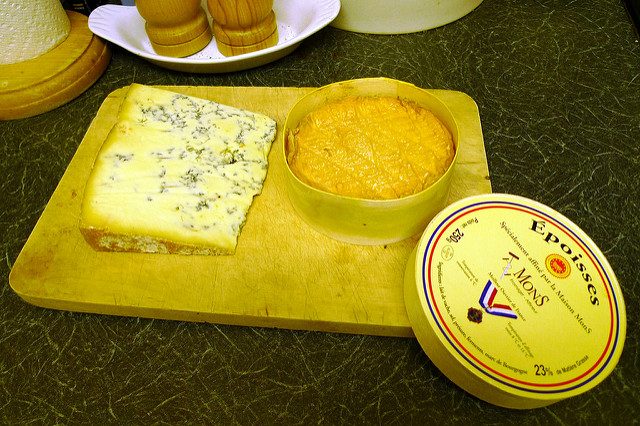 If smelly cheeses aren’t a problem for you, then Epoisses should be on the top of your “to try” list.   As a hand-washed rind cheese, it is considered among the stinkiest in the world. Of course, cheese-lovers know that’s a sign of potent, delicious flavor.  Made from raw cow’s milk with its rind washed with pomace brandy, this cheese has a flavor and texture as unforgettable as its smell, which has made this cheese a culinary treasure. Some liken its scent to gym socks, and it has even been banned from public transportation all over France. I wonder what made Napoleon love it so much?

For the extreme foodies out there, here’s a cheese that will horrify you. Casu marzu literally means “rotten cheese.” It is one of the most disturbing cheeses out there, and here’s why. To make it, you start with regular sheep cheese and basically leave it out to attract flies until it’s infested with thousands of live larvae. This cheese is only made in Sardinia, Italy and is quite popular with locals. They prefer to eat it while the maggots are still alive (they think it’s unsafe otherwise). Some people get rid of them before consuming, while others leave them in but cover the cheese with their hands while eating because the disturbed maggots can jump up to six inches high! Soft and liquidy, Casu marzu has an aftertaste that lasts for hours and is definitely one of those foods that require a certain courage to try. 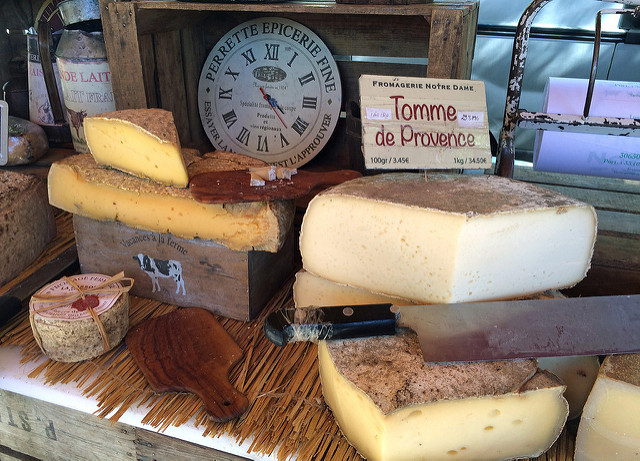 Just when you thought it couldn’t get any worse than Italian maggot cheese, along come the Germans who take cheese-making to another level. Their Milbenkäse is made by allowing quark (a fresh dairy product much like yogurt) to sit amongst thousands of dust mites that transform it into a highly sought after delicacy. The mites excrete an enzyme that ripens the cheese for about a year until it turns to a blackish lump with a bitter and zesty flavor. Is there anything more to this cheese rather than the unique process and high price? They say by consuming Milbenkäse you can rid yourself of a host dust allergies. That might be a question worth asking some aficionados who’ve already tried it.

Are you one of those people who wish good cheese never ended? They have a solution for you in Tibet! Hard like a piece of resin, Yak cheese is so hard it could break your teeth, but at least you can suck and gnaw on it for hours. Made by wrapping the curd from yak’s milk in cloth, then pressing and drying it over a wood fire to give it a distinctive earthy taste, this cheese variety can only be found in Tibet, India and Nepal.

Do your friends love cheese as much as you do? Click the share buttons below to make sure they read this too. Or even better. Surprise them with a gourmet gift basket filled to the brim with delicious cheese delivered to USA, UK & 200 countries.